The clarinet can be very interesting. To learn more about it read this webpage.
By: Barbara

Why does the clarinet have so many keys?

Clarinets have so
many keys because it would be hard to cover all the keys with just your fingers.
So the people who invented the clarinet put keys on the clarinet to make it
easier to press down the toneholes. Another reason is some toneholes your
fingers  aren’t big enough to cover
the toneholes.
The first keys were used to reach holes that were farther away
from your hands. The keys were metal levers with a piece of felt glued to the
key.
When you play the clarinet you need to cover the holes all the
way. Covering the holes all the way will make the air flow through the clarinet
different than before changing the sound. Some keys open and close different
keys at the same time. Some keys are long. 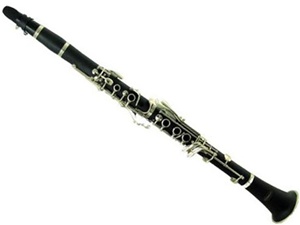 How has the clarinet changed over the years?

Cristoph Denner and Jacob Denner modified the chalumeau. The
earliest clarinets that are still around were made by Jacob Denner. He also made
the speaker key when he was depressed allow the sound of pitches that are a
12th above the chalumeau notes.
The clarinet was made from the chalumeau, the chalumeau was the first single reed
instrument. It was made in the late 1600’s and wasn’t very flexible, it had a
range of 1.5 octaves. Christoph
Denner and his son Jacob Denner invented the speaker key which gave the
clarinet a larger register.
The clarinet was developed from the recorder family and is
related to the saxophone. The earlier models of the clarinet were played with
the reeds against the upper lip. They used to tie the reeds to the clarinet. Now
when you play the clarinet the reed is on your bottom lip and there is a piece
that holds the reed on the clarinet. 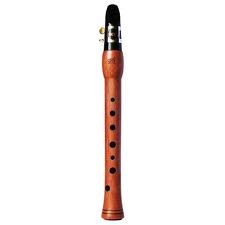 Who invented the clarinet and what did they do to make
it? 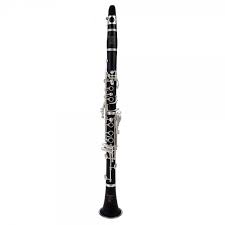