Scooby-Doo has been a friendly cartoon for while.   Find out some character traits of the gang and Scooby-Doo himself.  Scooby-Dooby-Doo!
By: Felicia 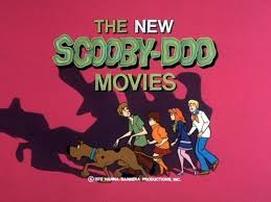 What is the history of Scooby-Doo (The Cartoon)?

The show Scooby-Doo was started by a guy named Fred Silverman.
He had hired two writers, Hanna-Barbera.
The cartoon started out with just four teens in a van solving mysteries.
The cartoon was called Mysteries Five.
The idea of Scooby-Doo came to Siverman when he was lisening to music and
thought to have a dog, Scooby Dooby-Doo. He would be the main character. After
that they made the other characters, Shaggy-the hungry one, Fred-the trapper,
Velma-the brain of the gang, and Daphne-the rich one.
The exact date date Scooby-Doo aired was on September 13, 1969
on CBS.  A total of 17 shows were
made in that year.  In 1972, after
25 shows were made, they made hour shows.
They were called The New Scooby-Doo Movies. After that, Scooby-Doo was
put on ABC channel. Since, Scooby-Doo has been a hit. 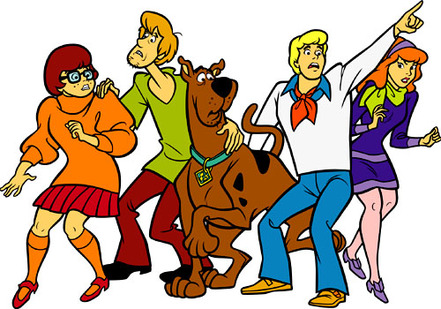 Character Traits Of The Scooby-Doo Gang

Velma:
Velma Dinkley is the smarty of the
group and can make great use of her skills. She can read Chinese, work out
scientific formulas, use communication equipment and a lot more.
Velma also has a case of lose my glasses a lot idis.
Velma has a hard time keeping her glasses on her face.
Usually they get  knocked
off of her face by a villan or monster, or while she’s getting chased by a
monster, she’s nearsighted.  Velma,
is too, clumsy.
Daphne:
Daphne is just the girl who would help solve the mysteries.
Fred:
Freddy Jones is the leader of the gang.
He drives the Mystery Machine (what a job).
Freddy Jones has blonde hair and a neckerchief.
He is a very brave teen and he is everything Shaggy Rogers is not.  In later events, Fred is too known for
liking sports.
Shaggy:
Shaggy Rogers is a lot more clumsy than Velma. Shaggy calls Scooby-Doo his friend
instead of his pet.  Shaggy Rogers
always uses the catchphrase“Zoinks!”.
He uses thid catchphrase when is scared or sees a ghost or
something. Shaggy Rogers is a
coward.  Shaggy usually finds the
heart of all of the mysteries………..THE GHOSTS! He’s always the bait for the
trap.
Scooby:
Scooby-Doo is the same thing as Shaggy, a coward.
Whenever there needs to be bait him and Shaggy have to be bribed for the
job.  They eat Scooby Snacks, a lot
of them.